The effects of fake Medical reviews

With the professional nature of the review constantly being stripped down to almost non-existence people are anxious to control their reputation. Particularly within the medical and healthcare industry their is a confusion or complete avoidance in digital reputation management. Separating yourself from this powerful tool is not recommended but even worse then that is attempting to ruse the system. Medical reputation management should be advised on or handled by a reputable source. It is such a harmless notion but in one variation or another it is asked every time we speak to healthcare professionals.

Can we just put reviews up ourselves? Can’t I just repost real testimonies I got in person? Can we make sure that at least the first review seen is positive?

Those seem like harmless questions and may even be derived from good intentions but the potential outcome from taking that route could be catastrophic. New York regulators launched an in depth and lengthy investigation into the phenomenon of online self promotion. Their research was not limited to any one industry but certainly did include medical outlets such as doctors, dentists and clinics. The city has the power and is enforcing it by fining these reputation management “firms” for their misleading practices. Some of the companies that house these online reviews are even taking it a step further and taking legal recourse against the businesses that are posting on their behalf. The financial implications of these fines and potential litigation costs can be sizable and alone should temper most of those attempting. But if that is not enough to dissuade some of these professions, those that require licensing with a governing body are even further at risk.

There is no direct correlation between a doctor with fake reviews and one losing their license. But the near is a doorway into becoming overly scrutinized. Besides the negative public perception, you are also labeling yourself in the eyes of regulators. By exposing yourself in such a manner their is always the increased chance of licensing inquires and insurance investigations. Properly filling, coding and recording your interactions with insurances companies can be hard enough. Do not give them any inclination to hold up the process and your money even more.

How to manage your medical reputation

With an understanding of the negative implications of what is known as astro-turfing you should now attempt to positively control your medical reputation. If you are creating a system internally all you need to know is that genuine, real reviews, from actual patients is the only thing to aim for. Whether is it a simple solicitation, review card or email follow-up, give the patient the voice.

If you decide to go with an outside company to help you in the process be aware of their system and the reviews themselves. A company claiming and aptly named Medical Justice provides such a service but with horrendous ramifications in how they execute. Besides requiring patients to sign away their ability to review the doctor, they post illegitimate reviews themselves. This stamps out the true idea of medical transparency and shines a negative light on the medical professional. Any company that wants to silence your actual patients is one to completely avoid.

Most review companies have an internal algorithm that determines the validity and usage of a review. When a review is posted their are many things like MAC, IP address, account activity, account age and more that can infer the quality of the review. There are certain medical review sites that allow reviews to be posted without an account such as vitals, doctor.com and healthgrades. This is important because it speaks to the constraints they place on who can and can not review. What sources like these allow is for the automatic posting from review softwares that can be placed in a medical office. Outlets that do not allow this are Google, Yelp and LinkedIn. A user must have and be signed into their account to even allow a review to be posted. Let alone whether or not that review is considered to be real.

The best method is always to get in front of patients at their work or home when they will most likely be signed into their accounts. This can be achieved through review cards, email follow up and several other credible methods. So be aware that even how your real reviews are collected can be hindering you. Along with that fact that self reviewing can have multiple negative effects to you medical reputation. 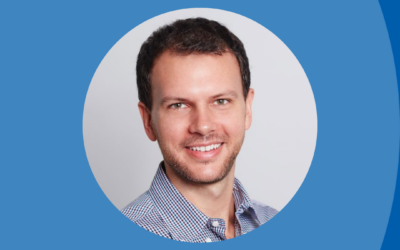 How pharma giants, non-profits, government agencies and corporations are working to convince Americans to get vaccinated

Our Co-Founder, Bryan Cush, was featured in a Business Insider article where he was asked about how he is working with clients to help them educate their patients and the public on the importance of getting the COVID-19 vaccine. He is mentioned here - "Hospitals and...

END_OF_DOCUMENT_TOKEN_TO_BE_REPLACED 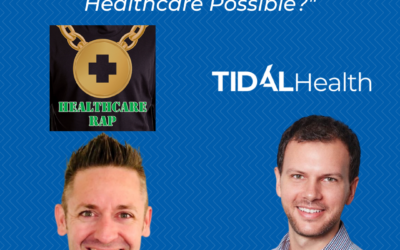 Our Co-Founder, Bryan Cush, was featured on the Healthcare Rap podcast as the "Flava of the Week" about the destination where we want to go with the the Digital Transformation Movement. For more information on Healthcare Rap, please visit their website at:...

END_OF_DOCUMENT_TOKEN_TO_BE_REPLACED

Estimated Reading Time: 12 Minutes Terms like the retailization, consumer experience, and customer journey are not new ones. But, especially in this COVID world, they are becoming new again in healthcare. Rightfully so, healthcare needs to understand and communicate...

Get Our 2020 Healthcare and Medical Practice Marketing Guide

We love talking Healthcare. Click below, fill out the form, and we'll see how we can help. We're looking forward to it.